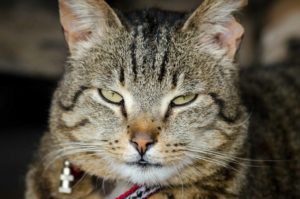 Tommie is a tabby neutered male who I got from the shelter when he was 7 years.
He is shy to people, probably because he has a difficult past. He doesn’t have a tail, or just a short stump. So he fits right in with the aussies. Also he has a big gap out of one ear. Chronic ear and sinus infection and smell bad… But I love him. He isn’t shy to the dogs, but he is to people. 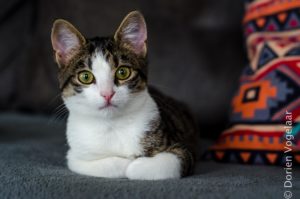 Lilly came from an old agility student of mine. She rescued her after she found her next to a big road. She was just 4 weeks old and dry hungry. She moved to me when she was 4 months. And a little dragon, which she still is. She loves food a bit too much and has some over weight. But she is happy and that is important.

Ducks
I also have a few ducks. Just to train the dogs on. Half are Indian Runners, other half are mixed meat ducks and more heavy for the dogs to work.