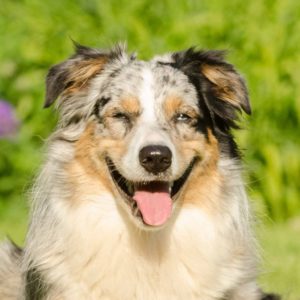 About Keevah:
Keevah is my keeper from my first litter. She loved herding and bikejoring but we never did succeed in agility. Keevah doesn’t like repetitions. Which made train agility hard. So I stopped with her.
In herding she prefers flanks over driving. Getting that last leg for her WTCH was hard because of the driving away from me. If we walk together the drive is no problem.

Keevah had a lot of hormonal issues around her heats so I had her spayed. Because that was better for her.

She also can be a bit quirky. She doesn’t like her feet touched with a towel. But without the towel no problem. She does these high jumps straight in the air when she is happy. And also bending her body almost like a dolphin jumping out of the water. It is very cute to see. 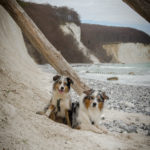 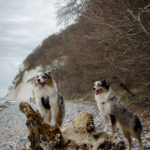 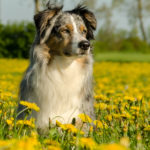 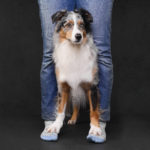 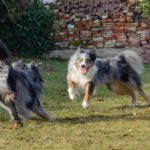 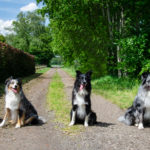 June 2019, with mom on the left, brother Google next to her (black bi) and daddy Knight to the far right. 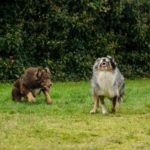 December 2019, one of her many weird faces 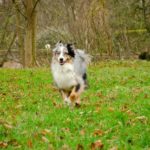 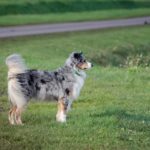 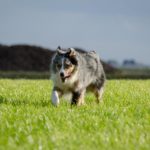 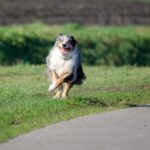 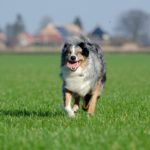 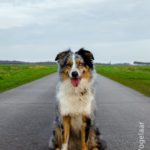 2022 May DWAS ASCA farm trial – Keevah was entered in the farm trials at the JJ Ranch. She needs two more scores above 110 on farm trial cattle for her FTCH. She got one score of 111 under judge Andrea Hoffmann, with a 3rd place. I am very happy about how she worked, the cows where workable but they did make you work for it. |Now it is the hunt for that last and final point… 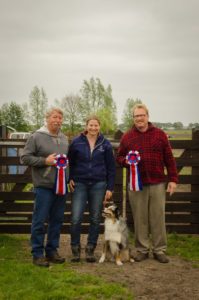 2020 August DWAS ASCA trials Netherlands – Keevah was entered in advanced farm trials ducks, sheep and cattle, earning her AFTDcds titles. All scores where over 100 which means we collected points for her FTCH. She won cattle and sheep and got placed 3rd in the ducks. We are half way to the FTCH now.

2019 September DWAS ASCA trial  Netherlands- Keevah won the high combined in the farm trials. We had a first in ducks, a second in sheep and a third in cattle. I was very surprised with the high combined award because it was a strong class of dogs, with also final dogs.

2018 May DWAS ASCA trials Netherlands – Keevah earned her WTCH! With a winning duck run which also was HIT, the last leg we needed and also won high combined and high combined non WTCH. I was super proud! My first own bred to get a championship. And what way to earn your WTCH with also the high combined prizes.

2015 July SWEDASC ASCA trials Sweden – Keevah and I trialed in Sweden, this was a trip planned for Stella, but due to her tendon injury she is on rest. So I entered Keevah instead. She ran in open and I also had entered her 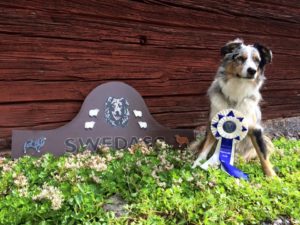 for the farm trial cattle. It probably was a bit too soon for her in open but she did well.! She earned all her open titles, Q-ed on of the farm trial runs, the other we ran out of time. The last day she got only 1st places and also won high open award.

2015 May DWAS ASCA trials Netherlands – Keevah got to play the trials because Stella was injured. The puppy did very well. The first day, Sunday, 6 runs. Both AM and PM, course B.  She qualified every run, winning AM cattle and placements on all runs in a big started class. Keevah earned all the started titles this day. The second day we had 3 runs in the PM trial, course F. Keevah did very well and we got 3 first places.
To top all this off Keevah got high combined non WTCH with a tie, but the other dog was in advanced so we got it. After qualifying 9/9 it is time to stop calling her puppy.