Meike Steenbergen is a young girl who has shown Rhys a few times for me this year. With the finals in sight she contacted me if she could borrow Rhys for the finals. Of course I said yes.
They trained 4 times together at the dog school in my village, Rhys stayed at her place for a weekend so she could train more, and the night before there finals he also stayed at her place to make sure they where at the grounds in time.

It was a very tough group, 9 handlers competing. They show the dog they chose, and then the selected 4 get an other dog they also need to show. You don’t know which dog you get and also there is no time to prepare. The dog is given to the handler in the ring and off they go. Afterwards they get their own dog back and then the placements come.

It was very unexpected but Meike and Rhys won! They won the junior handling finals of 2022. Just amazing. Of course it is all about Meike and her skills but I believe that with the wrong dog it would have been different. 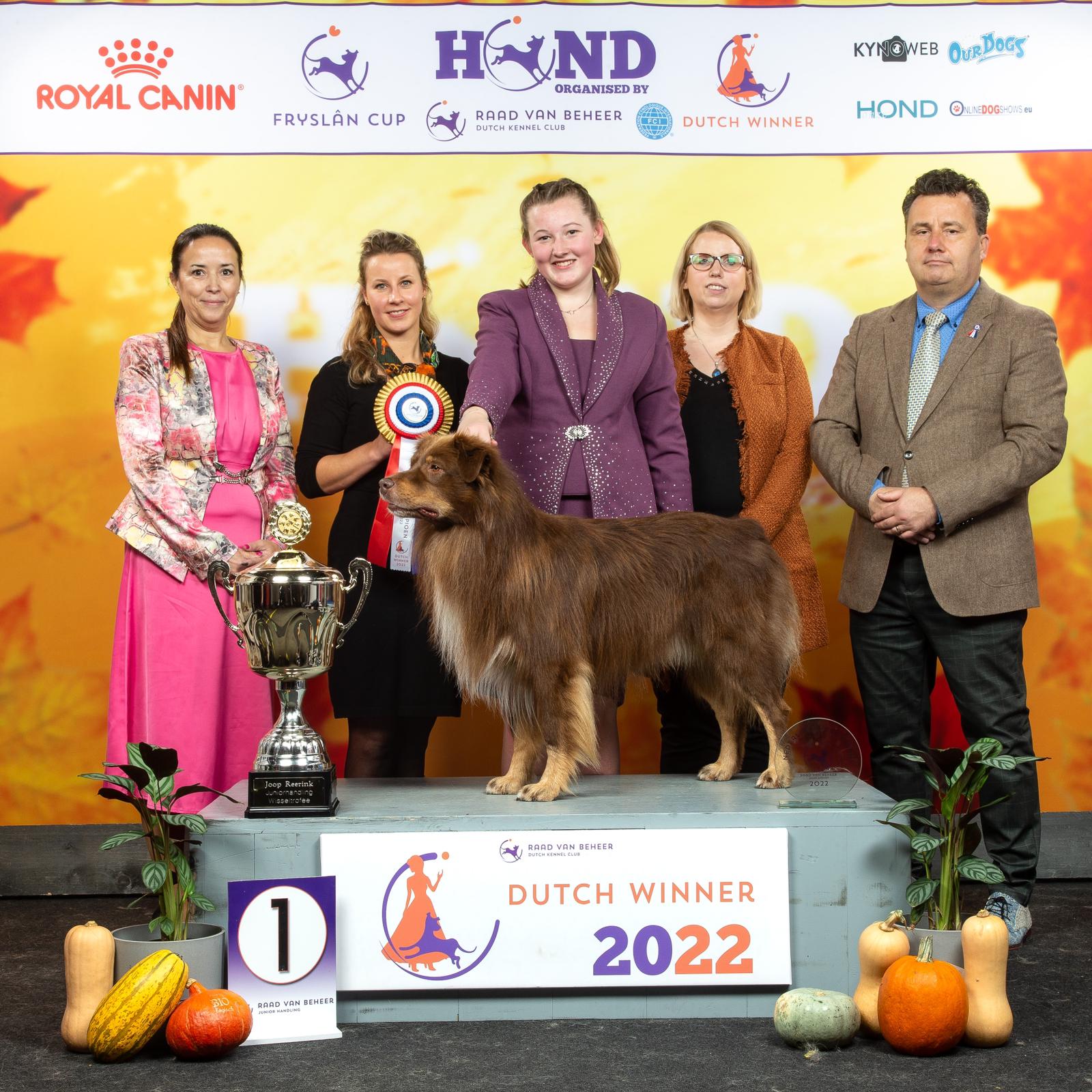