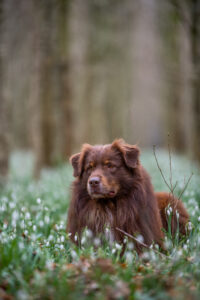 Rhys, pronounced as Reece, is the youngest of the pack. I got Rhys because Wylie passed. I really wanted a pup from the litter with Bling but I had no room for an other dog. But when Wylie passed I didn’t need long to know I wanted a pup from this litter. Bling, Rhys his dam, is a half sister to my Stella. And with Wylie gone it only felt right that the next pup was one of his offspring.

Rhys has got a lot biddability like both of his parents. He has been on sheep and ducks only a few times. But shows nice instinct. He has great group sense and no fear. Like his parents. I can only hope he will be as good as the both of them.
Bling has been in the stock finals several times and Wylie probably would have if he still was with me.
He shows that when working stock or just training with the clicker that he thinks about what I want from him.

Rhys is even more open and friendly then Wylie was. Rhys has to say hi to everyone. And preferably lick them in the face. Even when you are standing straight… Something we are working on.
He doesn’t get scared easily and wants to please me all the time. He can walk next to me (no leash) looking up just waiting for an assignment.

Rhys loves to cuddle and to play fetch. He is a natural in fetching toys.

Rhys has cleared his tests and is available as a stud. Send me an email with info and motivation. 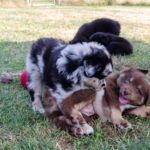 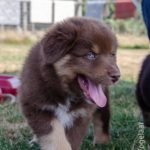 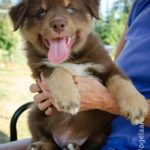 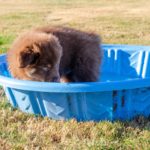 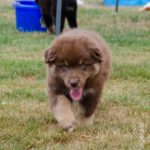 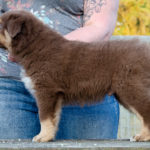 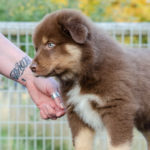 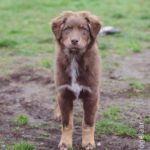 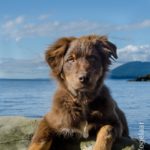 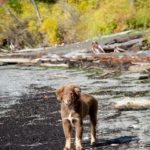 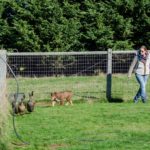 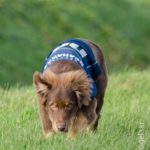 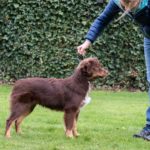 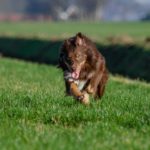 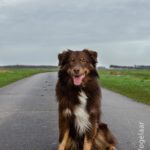 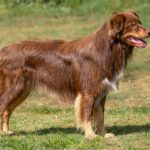 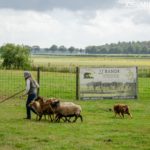 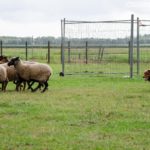 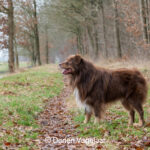 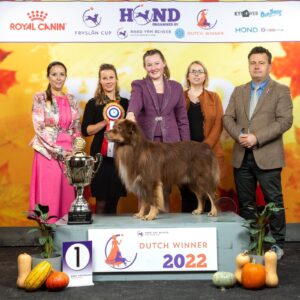 Meike Steenbergen is a young girl who has shown Rhys a few times for me this year. With the finals in sight she contacted me if she could borrow Rhys for the finals. Of course I said yes.
They trained 4 times together at the dog school in my village, Rhys stayed at her place for a weekend so she could train more, and the night before there finals he also stayed at her place to make sure they where at the grounds in time.

It was a very tough group, 9 handlers competing. They show the dog they chose, and then the selected 4 get an other dog they also need to show. You don’t know which dog you get and also there is no time to prepare. The dog is given to the handler in the ring and off they go. Afterwards they get their own dog back and then the placements come.

It was very unexpected but Meike and Rhys won! They won the junior handling finals of 2022. Just amazing. Of course it is all about Meike and her skills but I believe that with the wrong dog it would have been different.

Rhys and I competed in farm trials, stock dog arena trials and in conformation. First day was the farm trial, where he did very well in sheep and cattle, ducks not so much.
He got a first in open sheep and a first in advanced cattle. Both with a score of 117. He got both titles. AFTDc and OFTDs.

April 2022 ASCA trials in the Netherlands

Rhys was entered in the farm trials, open sheep and ducks, advanced cattle. He qualified all runs and second place in ducks, sixth place in sheep and fifth in cattle.
We also trials two days in the open class for the arena trials. I kept him under one judge. The boy did very well. First day we ran course B, he won sheep and ducks class and a second in open cattle. This did earn him the high combined non WTCH price. The second day it was course F, much more challenging especially on the cows.  He worked very hard and it payed off. He won all 3 runs, but we where the only ones in ducks and cattle. But nevertheless he had really nice scores and also won high combined price! Even over the WTCH dogs!
And to top it off he won the high open award for the whole weekend.
Such a good hard working boy. 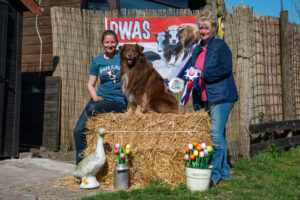 Year end results for the 2021 WEWASC

Rhys won the first place for the open farm trial cattle group! He got a nice ribbon in the mail and also a coupon for a free entry. He also placed in the started cattle class with a second place!

Rhys ran the first day in OFTD cattle. He has a super smooth run and won 1st place! with 120 out of 130 points.
The other days he was entered in started class. He got multiple 1st paces. Won high in trial started 2 days and got his started titles on cattle, ducks and sheep.
We will stay in started this year and train for hopefully open next year.

Rhys was entered in HRD and HTAD both level one. He was entered in 10 runs and got 9 first places! 1 second place but beaten by time. Same score. Still proud on the boy with his first trial.